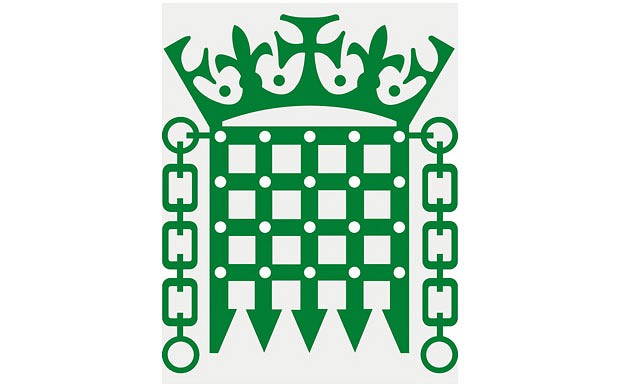 The Commons Public Accounts Committee publishes a report which, on the basis of evidence from the Department of Health and its contractors BT and Computer Sciences Corporation (CSC), examines the delivery of care records systems under the National Programme for IT in the NHS.From the evidence The Department of Health did not achieve its original aim of a fully integrated care records system across the NHS. They were trying to create a one-size-fits-all system in the NHS and this was a massive risk and has proven to be unworkable.

“The Department of Health is not going to achieve its original aim of a fully integrated care records system across the NHS. Trying to create a one-size-fits-all system in the NHS was a massive risk and has proven to be unworkable.

The Department has been unable to demonstrate what benefits have been delivered from the £2.7 billion spent on the project so far.

It should now urgently review whether it is worth continuing with the remaining elements of the care records system. The £4.3 billion which the Department expects to spend might be better used to buy systems that are proven to work, that are good value for money and which deliver demonstrable benefits to the NHS.

The substantial reduction in the number of NHS bodies in London receiving new systems from BT has not been matched by a commensurate cut in fees. This casts the Department’s negotiating abilities in a very poor light.

We consider it essential that the government’s Major Projects Authority now closely scrutinizes the Department’s continuing negotiations with CSC, which has so far delivered very few of the systems it was contracted to supply. We are concerned that CSC should not be rewarded for its failure with an effective monopoly in the provision of care records systems in the North, Eastern and Midlands cluster, since this could leave many Trusts with little choice but to continue with outdated interim systems that could be very expensive to maintain and to upgrade.

We are surprised that, after our hearing, in a Memorandum to us of 7 June 2011 which specifically mentioned advance payments, the Department made no mention of a £200 million advance payment to CSC in April 2011. This is unacceptable.

It is unclear to us how the wider health reforms and NHS restructuring will affect the future management and governance of the care records system. The NHS trusts who will take on the risks have no contractual relationship with existing suppliers and no information about potential future costs.”

Margaret Hodge was speaking as the Committee published its 45th Report of this Session which, on the basis of evidence from the Department of Health and its contractors BT and Computer Sciences Corporation (CSC), examined the delivery of care records systems under the National Programme for IT in the NHS

The National Programme for IT in the NHS (the Programme) is an ambitious £11.4 billion programme of investment designed to reform how the NHS in England uses information to improve services and patient care. Launched in 2002, the Department of Health (the Department) has spent some £6.4 billion on the Programme so far.

This report is concerned with a central part of the Programme, where the aim was to create a fully integrated electronic care records system, which is expected to cost around £7 billion in total.

The original objective was to ensure every NHS patient had an individual electronic care record which could be rapidly transmitted between different parts of the NHS, in order to make accurate patient records available to NHS staff at all times.

This intention was a worthwhile aim, but one that has proved beyond the capacity of the Department to deliver and the department is no longer delivering a universal system.

Implementation of alternative up-to-date IT systems has fallen significantly behind schedule and costs have escalated. The Department could have avoided some of the pitfalls and waste if they had consulted earlier with health professionals. The Department has failed to demonstrate the benefits achieved for the £2.7 billion spent to date on care records systems.

The Department has accepted it is unable to deliver its original vision of a uniform care records system with an electronic record for every NHS patient.

It is now relying on individual NHS trusts to develop systems compatible with those in the Programme, which means that different parts of the country will have different systems. However, the committee is very concerned that the Department could not tell us how potential inconsistencies would be dealt with or what it will cost local NHS organisations to connect up.

The Department should review whether to continue the programme and consider whether the remaining £4.3 billion would be better spent elsewhere. The Department has not got the best out of its suppliers, despite having paid them some £1.8 billion so far. One supplier, CSC, has yet to deliver the bulk of the systems it is contracted to supply and has instead implemented a large number of interim systems as a stopgap. The Department has been in negotiations with CSC for over a year, but conceded to us that it may be more expensive to terminate the contract than to complete it.

The other supplier, BT, has also proved unable to deliver against its original contract. The Department agreed a revised contract reducing the number of systems and increasing the price for each system BT had to deliver. The Department is clearly overpaying BT to implement systems: BT is paid £9 million to implement systems at each NHS site, even though the same systems have been purchased for under £2 million by NHS organisations outside the Programme.

One factor which contributed to these failings is the Department’s weak programme management. The committee is concerned that, given his significant other responsibilities, David Nicholson has not fully discharged his responsibilities as the Senior Responsible Owner for this project. This has resulted in poor accountability for project performance.

The Department could not explain to the committee how wider health reforms will affect the future management and governance of the care records system, or what the likely financial implications will be for NHS trusts taking over contracts for care records system contracts. The committee believes it needs to make clear how the Programme will be managed in future given the fundamental NHS restructuring that is expected over coming years.

The committee is further concerned about the problems we and the National Audit Office have faced in getting timely and reliable information from the Department. Information provided has frequently been late, has contained inconsistencies and has contradicted other evidence. This has hampered the committee’s ability to scrutinise the Programme on behalf of Parliament.